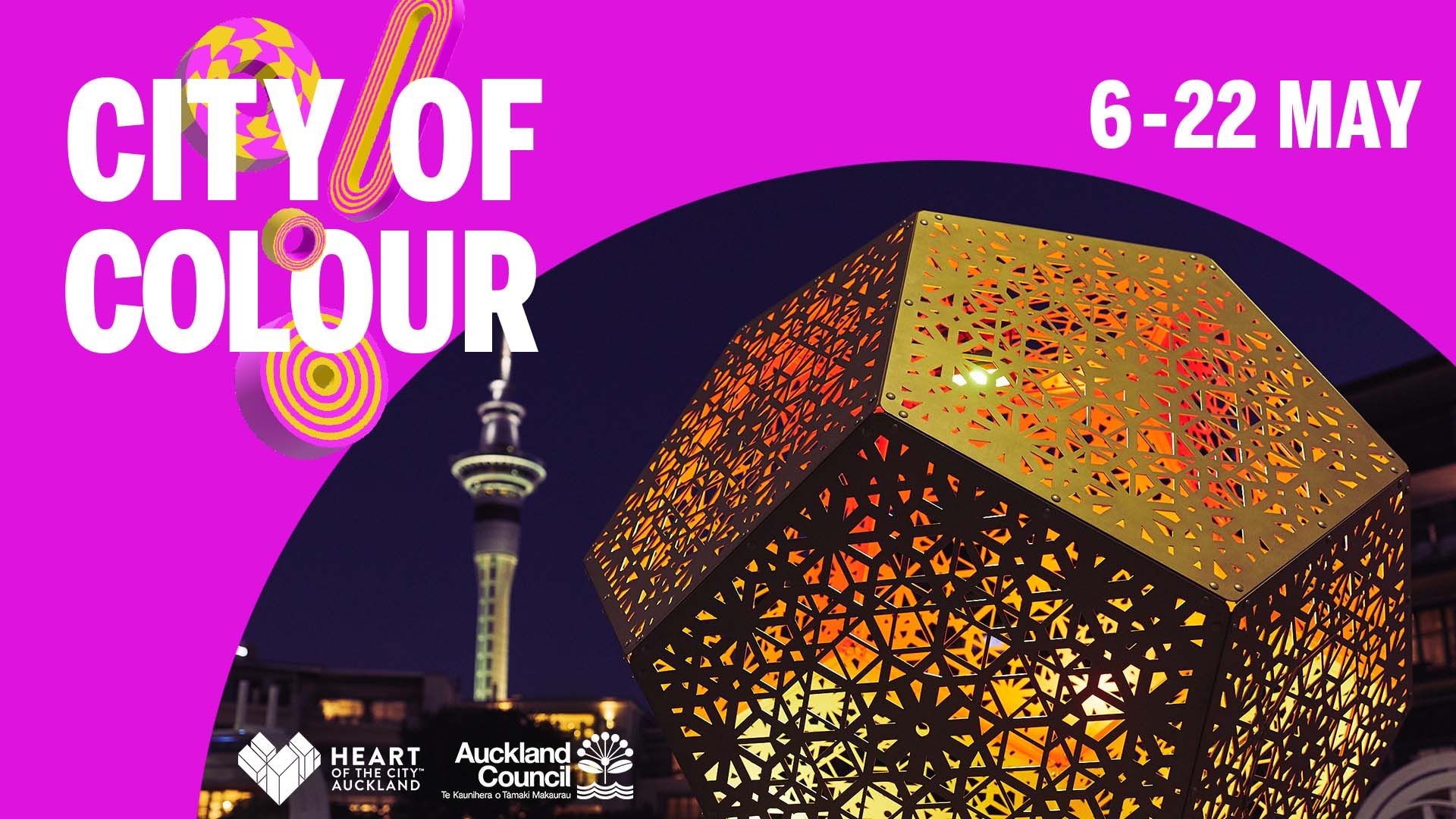 Auckland’s city centre – from Quay Street to Karangahape Road – will be awash with creativity in May 2022 with the launch of City of Colour, a stunning trail of over 50 installations, lighting and artworks.

The festival will run from Friday 6 – Sunday 22 May.

A large-scale visual feast in Tāmaki Makaurau, City of Colour will see city landmarks and buildings light
up in celebration – from the SkyTower, The Civic, Vector Lights on the Harbour Bridge, PWC Tower,
and the Auckland Town Hall, to Te Ara I Whiti /The Lightpath. Installations will fill the Viaduct Harbour,
Silo Park, Britomart, Commercial Bay, Te Komititanga, Vulcan Lane, High Street District, Queen Street
and more.
Along with the support of Auckland Transport’s half-price public transport and the city centre’s Cheap
and Cheerful Eats promotion, there has never been a better time for people to get back out and
explore Auckland city centre again.

This initiative marks an important moment in the city centre’s recovery and kick-starts a programme
of activity planned over the coming months. As New Zealand’s borders open again, there’s renewed
positivity as the city focuses on creating reasons for people to get back out, return to work and explore
the city centre again.

The City of Colour programme features a range of artists representing the diverse communities of
Tāmaki Makaurau. Just some of the 50+ artworks are listed below:

From Auckland Airport to the Crowne Plaza Auckland
What's On In Auckland 2022
The Best Experiences in Downtown Auckland
Our In-House Beehive
Crowne Plaza Pledges Towards Sustainable Tourism
Auckland Unlocked
What Does It Take To Be A Les Clefs d’Or Concierge?
Top 5 Things To Do In Auckland This Autumn
Five Things To Do This Auckland Anniversary Weekend
Welcoming Our New Partner Auckland Seaplanes